Senator McCain do us all a favor and just retire. Your thought process boggles the mind. Stop riding on the backs of the Enlisted Retirees we aren’t anywhere near as well paid as you! 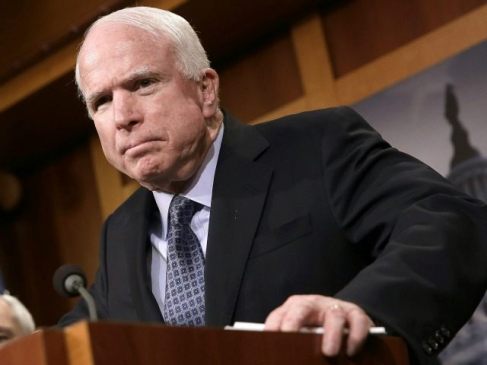 The amendment proposed by New Hampshire Democratic Sen. Jeanne Shaheen — and supported by McCain — will increase the number of Afghan Special Immigrant Visas for people who have aided U.S. soldiers as interpreters or translators. The number of visas will rise from 7,000 to 11,000, and each visa holder can bring spouses and their children to the United States.

Congress cut healthcare benefits to veterans in the 2016 budget by increasing pharmacy co-pays — using some of those savings to fund an expansion of the Afghan Special Immigrant Visas program, according to The Daily Caller News Foundation. The money could have been taken from other spending accounts, such as programs at the…