I know that I’m not alone in enjoying Ammo Grrrll’s writings on Power Line. She is a real treasure who not only tells it as it is but understands what the “it” is. Garnet92.

Ammo Grrrll focuses on the prospect before us in BINARY FOR THEE, BUT NOT FOR ME. She writes: 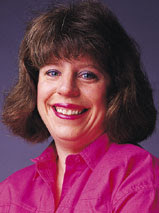 From the very beginning of the primary contest, I have been confused and shocked by the vitriol aimed at Trump, and only Trump, from OUR side’s sizable glump of #NeverTrumpers. Now, as I have said repeatedly in this column, Trump was not even my 6th choice. I voted for Cruz in the Arizona primary.

But, see, Trump won and faces Hillary. What part of binary decision do “undecideds” and especially conservative #NeverTrumpsters not understand?

For better, or worse, Trump is our standard bearer and our thin, orange line against four…